It has come to the attention of Trans Advocacy and Agitation Barbados (TAAB) that a conflict has arisen between the private school identified in the header of this statement and the family of a child of Transgender identity. The information which is thus far known is that the student, a female-identified Transgender individual, wishes to be enrolled at the school, however, the administrators have taken the position that while she may be allowed to use her preferred name and pronouns, she will be expected to adhere to the male dress code. Furthermore, information has been presented that the Ministry of Education has opted not to become involved in the situation at hand.

While this issue may appear simple, it is an immensely multifaceted issue once details are examined and questions are asked. The chief issues noted by TAAB are that the school is willing to accommodate the student’s gender identity, but not their gender expression, and that the State is alienating itself from a real matter which is worthy of its consideration and that which it is obligated to address.

The Government of Barbados is a signatory to the American Convention of Human Rights, a key treaty in the system of the Organisation of American States (OAS), of which Barbados is a member. Barbados ratified the Convention in 1981 thus binding itself to see to the obligations specified therein as well as to take international responsibility for failures so to do. Furthermore, Barbados recognises the jurisdiction of the Inter-American Court of Human Rights (IACHR), which enforces the Convention and its provisions. That being said, the Government of Barbados is reminded that pursuant to Article 1 (1) of the Convention, it must ensure that all persons under its jurisdiction may enjoy the free and full exercise of the rights and freedoms outlined in the Convention, without any discrimination for reasons relating to race, colour, sex, language, religion, political or other opinion, national or social origin, economic status, birth or any other social condition.

Bolstering Article 1 (1) of the Convention is the IACHR’s advisory opinion of November 24, 2017, which determined in no uncertain terms in paragraphs 67 and 68 that sexual orientation and gender identity are categories protected under the Convention and are implied in the phrase, “any other social condition.” The IACHR further notes that the Convention is “a living document and must evolve with time and the conditions of contemporary life.” This means that with the passage of time, as we come to understand more about ourselves and as more characteristics are defined and outlined, the Convention accommodates us in real time to ensure that we as people are all accounted for. Additionally, paragraph 65 of the Advisory Opinion reminds States Parties (signatories) that they must adopt positive measures to reverse or change discriminatory situations within their society that prejudice a specific group of persons. This is particularly important in cases where private third parties, whether or not there is a restriction imposed by the Government, either create, maintain or allow discriminatory situations.

Given the foregoing, it is imperative that the Government of Barbados, through its Ministry of Education and/or other suited bodies or other representatives, take the opportunity to become involved in the matter outlined earlier. As much as persons aware of the situation may believe that a private entity is free to do as it wishes, that is not so when the Government has a duty to ensure that that entity’s operations do not create a situation where any individual or group thereof is placed at a disadvantage. This is especially important when bringing about such a disadvantage has no legitimate purpose, is unnecessary or is disproportionate. When the characteristics of an individual are such that they possess innate personal traits which they cannot merely do away with without compromising who they are as an individual, or they belong to a group which is customarily marginalised, excluded or treated as second class, it is the duty of the Government to see to the protection of their rights and freedoms and to prevent any hindrance in the enjoyment thereof.

Finally, the involvement on the part of the Government in such a matter may well serve as a learning experience, as the issue of Transgender students is by no means a new one, nor is it a unique situation to the student in question. There may well be lessons which can be learned and questions which may bring about evaluation as to how well prepared our schools are to handle a matter such as this, or any other situation where a student may be considerably different from his or her peers. By becoming a party to the dialogue of this situation, the Government of Barbados may find itself becoming better equipped, if not better informed, as it relates to addressing such matters in an effective manner and one which brings it into conformity and compliance with the requirements of the Convention.

Alexa D V. Hoffmann is the founder and Director of Trans Advocacy Barbados, and is a member of both the Latin American and Caribbean Network of Trans Persons (REDLACTRANS) and the United Caribbean Trans Network (UCTRANS). 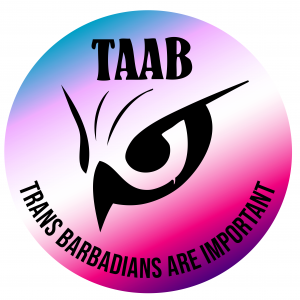